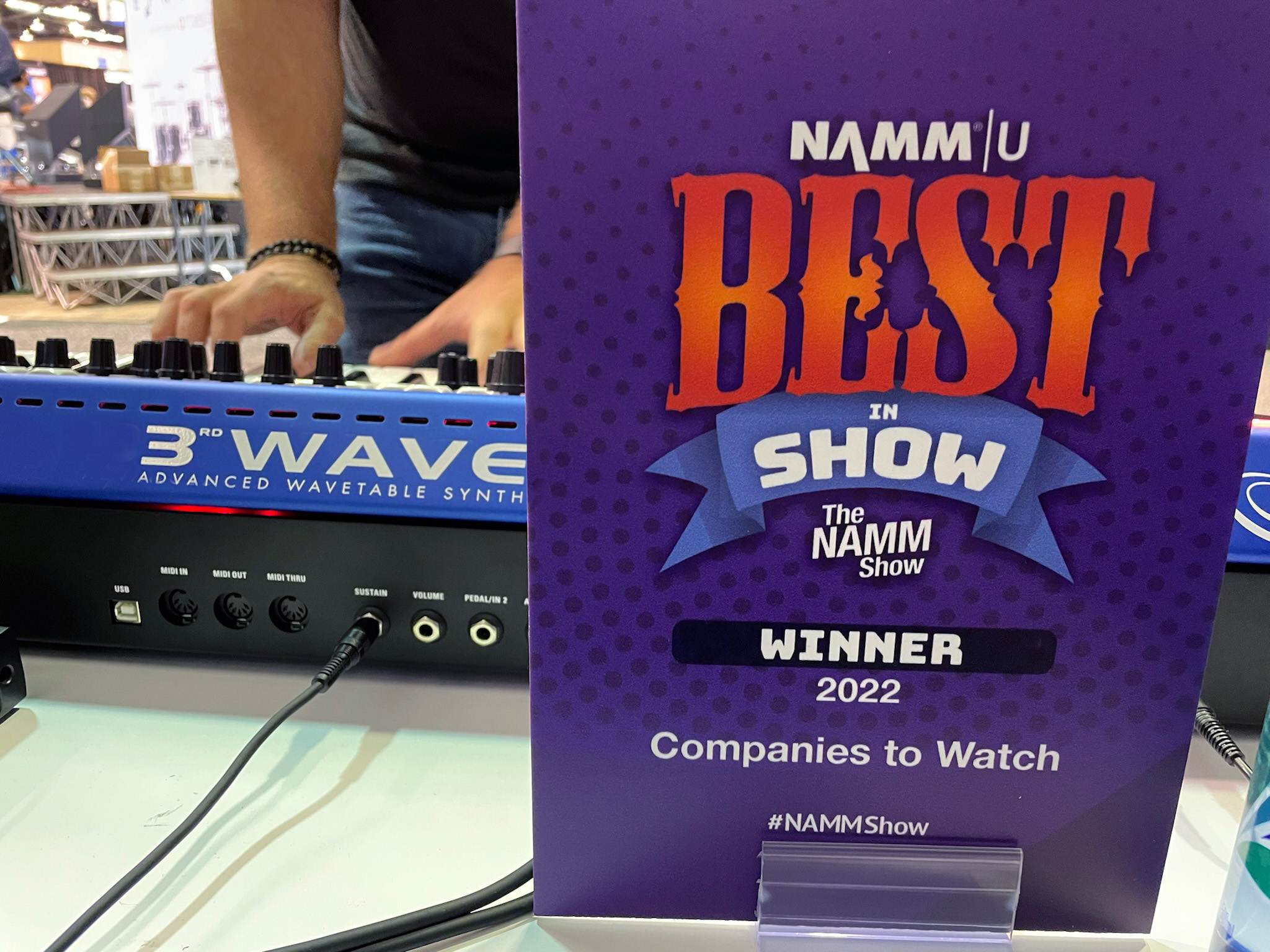 Anaheim, CA, June 5, 2022 — In an unprecedented development, Groove Synthesis unveiled its advanced wavetable synth, the 3rd Wave at the 2022 National Association of Music Merchants Convention (“NAMM”) to overwhelmingly positive audience reaction and walked away with a “Best in Show” award in the “Companies to Watch” category.

Throughout the show, both the Groove Synthesis booth and the Groove Synthesis team were inundated with artists and industry veterans who had come to inspect the seemingly out-of-nowhere debut of the 24-voice, 4-part multitimbral wavetable synth. Drawn first by its eye-catching aesthetics — an homage to a certain classic wavetable synth of the past — then by its lush sound, the synth won thousands of converts over the 3-day event.

Andrew Silverman, lead firmware designer for Groove synthesis reported: “It was exciting to witness people being blown away by the sound and scope of the 3rd Wave. We’ve been covertly developing it for a couple of years now and to finally be able to debut it in public was an incredibly rewarding experience for us.”

Groove Synthesis DSP guru and wavetable expert Bob Coover added: “The 3rd Wave has been a passion project for us. We’ve tried to make it into an instrument that takes the best of the past, improves on it, and launches it into the 21st century. When we started out we asked ourselves, what would the original PPG-series have developed into if they’d kept going? We tried to answer that with the 3rd Wave, and judging from the incredible reaction it’s gotten, we succeeded.”

The 3rd Wave is available now at an introductory price of $3895. To pre-order, contact sales@groovesynthesis.com.